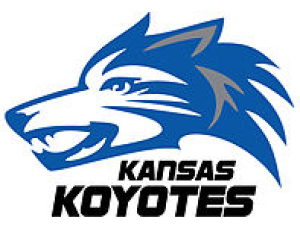 Topeka, KS –The Kansas Koyotes announced Thursday that they have reached terms with Carlos Kelly to become the Koyotes new Head Coach.

“We were looking for an offensive minded man to become our next Head Coach,” said Owner Nick Baumgartner.  “To compete at this level we must score more points so I was looking for a coach that understands this fact.  I believe Carlos to be that man.”

Kelly has been associated with Topeka football for almost two decades now.  Currently Coach Kelly is in his fifth year on the coaching staff of the Junior Blues at Washburn Rural High School.  Previously he was the Offensive Coordinator and Quarterbacks Coach at Highland Park High School for 9 years.  He also spent two years as the Koyotes’ quarterbacks coach under former coaches Green and Biladeau.

Kelly’s playing experience includes stints as the Quarterback of the Koyotes, the Topeka Knights and even the Topeka Tigers outdoor semi-pro team in the late nineties.  In College he spent one year with the Washburn Ichabods and two years at Butler County Community College.

“I feel honored and humbled to be given an opportunity to coach at this level,” said Coach Kelly, “and get an opportunity to work with the talent that is available to me in the CPIFL. I am excited to get started.”

Coach Kelly has already begun to put his staff together and announcements will be made quickly over the next couple of weeks.  The Koyotes have scheduled a 2nd tryout for November 2, 2013.  Time and place will be determined later.  Keep watch on kansaskoyotes.com for more information.

The Koyotes have kicked off their 2014 season ticket campaign with a bang.  For everyone who buys 2 season tickets before October 15, 2013 they will receive a FREE Official Game Ball. For more information contact Nick Baumgartner at (785) 383-4965.