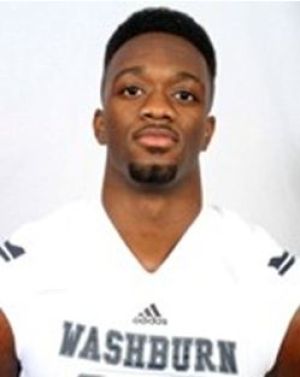 Junior wide out Tyrell Brown has made the most of his limited opportunities though, as he leads the team in yard per game with over 85 yards. He has 171 yards on the season with one score.

That score came last Saturday against the University of Central Oklahoma on an 80-yard bomb from junior quarterback Mitch Buhler. Brown, who came into this season with just 79 yards receiving, has shown massive improvement in just a year. Head coach Craig Schurig says that the coaching staff is partially to blame.

“We’ve focused him strictly as a receiver,”explained Schurig. “We kind of did him a disservice in the past because we’ve always had him as our backup quarterback, and he’s pretty good at it, but when you split someone’s time like that it slows their development at another position.”

Once the coaches made up their minds, it was time for Brown to go to work. He’s worked during the offseason and has earned the boost in playing time that he’s received.

“The difference [in my performance] is just the summer work that I put in, ” said Brown. “I knew for a fact that I was going to be playing receiver so I worked on it the entire summer with Mitch [Buhler], DaJuan [Beard], and Tore’ [Hurst]. One of my first goals was just to do better than I did last year.”

He has certainly achieved that goal already, after just two games, and looks to be poised to make an even bigger impact going forward. The six-foot-six inch, 215 pound receiver is always a deep threat since most of the opposing corners he faces are under six-feet tall.

“I feel like a bring a lot of size and physical-ness to the team. I mean, if I’m out there blocking everyone knows that I’ll block my man into the ground or to the sideline. That’s where I get most of my confidence,” Brown said. “First it’s blocking and helping everyone else out, and then my catching comes after that.”

With senior wide receiver DaJuan Beard out for at least two more weeks due to a torn ligament in his thumb, the Ichabod receiving corps could really use Brown’s help. The kinesiology major and the rest of the 15th ranked Ichabods hit the field next in Bolivar, Missouri as they take on Bearcats from Southwest Baptist University this Saturday.