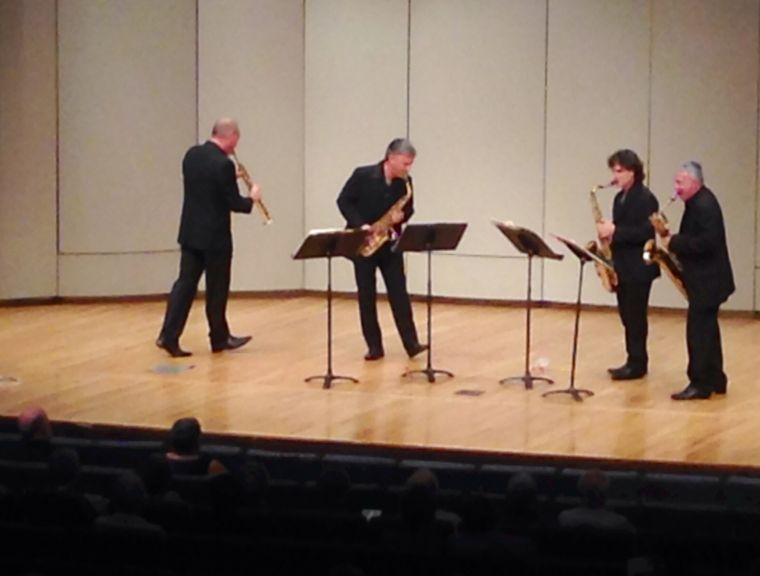 Washburn junior and Anthropology major, Sabrina Jones, was especially excited she was able to attend the concert after submitting her name and winning two tickets in a raffle drawing at her work place.

“I don’t usually get a chance to come to things like this so it’s really nice,” Jones said. “It’s beautiful and I’ve never really experienced a quartet of saxophones so it’s been really eye opening.”

The four close Italian friends who have played more than 500 concerts around the world including Italy, USA, Germany, Sweden, Japan, France, Spain, Greece, Lebanon, Russia and Bermuda surprised the Topeka audience with their goofy personalities dancing around the stage with their instruments using props such as an Italian flag and mask.

After the concert people had the opportunity to meet the group as they signed their c.d’s available for purchase.

Gary Johnson, President of the Topeka Community Concert Association, when asked said this group would not have a master class available as the last group did. However, the next concert to provide a master class will be the Jesse Lynch Jazz 101 in March, 2014.