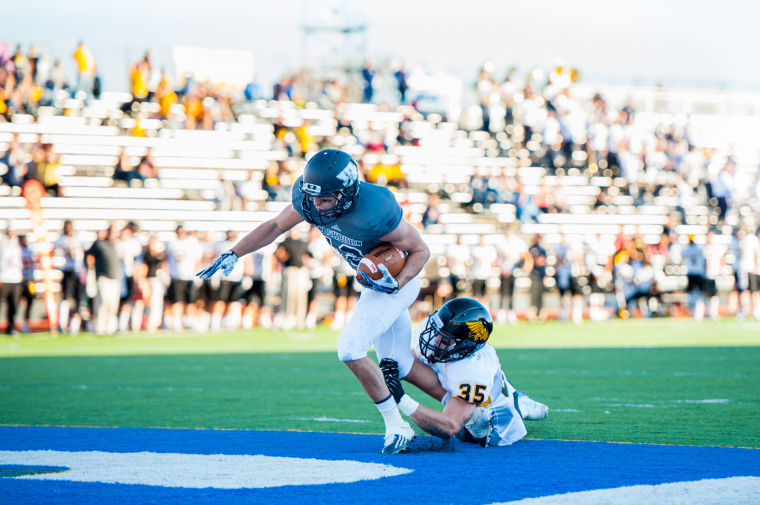 #12 Mark Fancher with the final touchdown for Washburn.

As the senior Ichabod football players took to their home field one last time they just pull out the win against the Missouri Western Griffons.

The Bods scored 21 points in the last two minutes of the game but ended up losing to the Griffons 34-31. Quarterback Joel Piper finished the game with 26 completions and four touchdown passes.  Senior Bryce Atagi had 10 tackles with seven solo stops.

“We knew were going to get the best from Missouri Western,” said Willie Williams, senior linebacker. “I mean both teams play hard theirs were a little more discipline executed little better then we did, it was good fight and they came out with a victory.”

The Bods are now 8-2 and are on the road next week to face rival Emporia State University in the last regular season game.