Capitol renovations should finish in time for new year 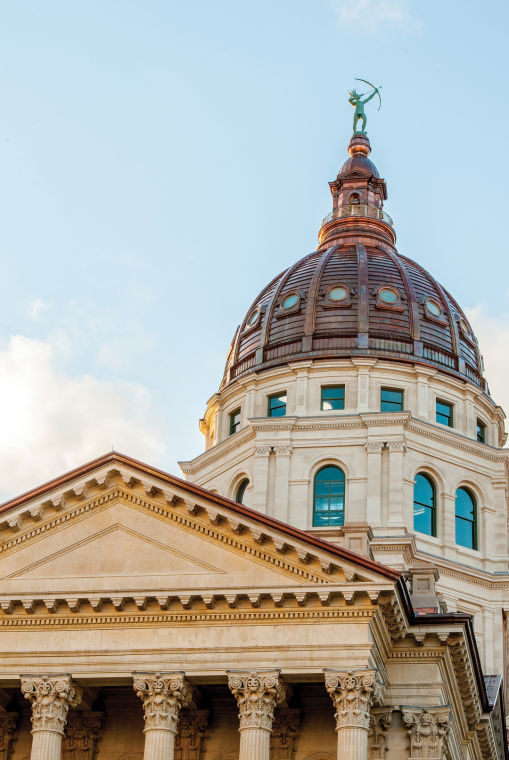 It’s been three years since the renovations on the Kansas Capitol building’s dome located at 300 SW 10th Ave. started and it’s nearly completed.

The construction on the Capitol building is estimated to be completed by the end of this year.

The Capitol was originally built March 24, 1903 and took 37 years to complete. Currently, the building has undergone renovations for a new copper dome and roof on the exterior wall while about 95 percent of the interior is being renovated.

The building now has a brand new Visitor Center and Capitol Store on the ground level.

“We’re at the very tail end here,” said Barry Greis, state house architect and project manager. “We will finish by Dec. 31 with the interior. Everything you see around you has been touched and renovated.”

The renovation project was funded with $332 million and is estimated to end up costing several million dollars less.

“Final numbers on cost will not be available until spring or maybe even June of next year,” said Greis.

While the copper roof that is remaining will be completed approximately the first week of December, the grounds will take until Dec. 31, except for the northwest quadrant where the crane is.

“The crane will come down in December, but will not likely move until March of 2014 when the ground will be more stable,” said Greis.

During the construction, there were a few minor hiccups along the way.

“We had plaster that was falling off the walls and ceiling of the west wing several years ago because the plaster method that they used was inferior to the rest of the building,” said Greis. “That set us back several months because we had to remove all the bad plaster and redo it, but it was an unforeseen condition and that is why we had our project contingency and were able to carry on.”

At this moment there are no future plans for modifications to the interior of the building.

“Considering that the design and the construction means and methods, the quality of the work and the funding that had been provided, I don’t see that we will have any interior remodeling for anywhere from 50 to 100 years,”said Greis. “We provided visitors with enlarged committee rooms, conference rooms and private offices for the legislative and executive branch. I don’t see changes like that taking place at all.”

Senator Steve Abrams of District 32 said the construction has been really easy to deal with and hasn’t affected his work at all. There have only been minor inconveniences.

“One thing is the aesthetics of it, but you obviously have to deal with that when you are dealing with any remodeling. The second thing is when you’re walking down hallways, some may be blocked so you have to make a detour. The inconvenience has been minor as far the renovations are concerned and as far as policy is concerned,” said Abrams.

With the state house construction on the interior and exterior almost finished, the upper dome will soon again be open to the public.

“My goal is to have the tours back up to the observation deck starting in the first week of January,” said Greis.