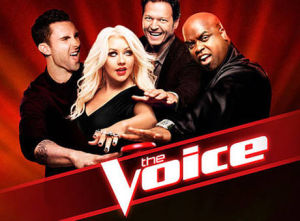 And the winner is…

Millions of viewers tuned in tonight for the two hour finale of ‘The Voice’ to find out who the winner of Season 5 would be. The top three finalists included sixteen year-old protégé Jacque Lee from Team Christina, Will Champlin and Jamaican born Tessanne Chin from Team Adam.

This was the first time Team Blake did not have a finalist in the finale. Country singer Blake Shelton coached the top winners from Seasons 2, 3 and 4. Last season’s winner, Danielle Bradbury already has a top 20 hit with her first single “Heart of Dixie.”

Singer Javier Colon of Team Adam won the first season. Pop rock singer Adam Levine was recently named Sexiest Man Alive for 2013 by People magazine but seemed most excited about having two of the singers he coached this season make the finals.

Special performances in tonight’s finale included featured musical guests Celine Dion, Ne-Yo, Paramore, One Republic and even Lady Gaga. Finalist Tessanne Chin held her own as she sang a duet with Celine Dion who she called her idol.

After Lady Gaga’s performance, the winner was finally announced. Third place went to Will Champlin. Jacque Lee was the runner-up.

The title for this season’s winner of ‘ The Voice’ went to a surprised Tessanne Chin who had both fans from America and Jamaica cheering.

Usher and Shakira will return again as coaches to join Coach Blake and Coach Adam for Season 6, which will begin on February 24, 2014.