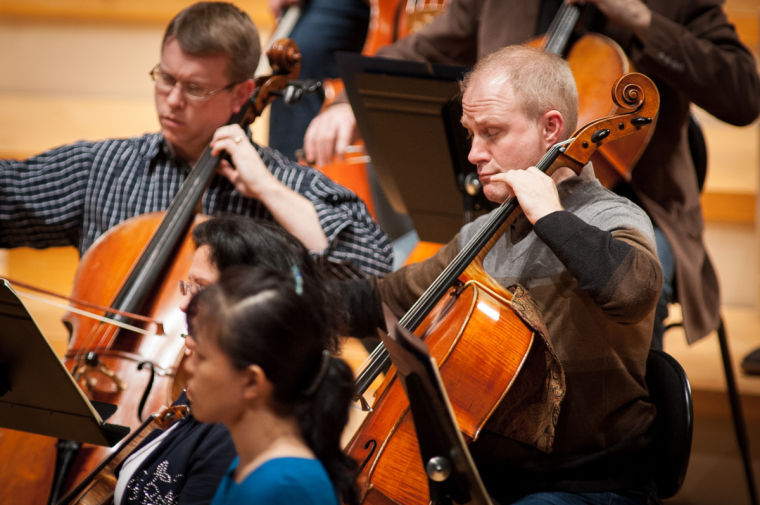 The Kansas City Symphony and Symphony chorus is performing for the Christmas Festival Dec. 19 to 22.

Winter is here making most of people want to stay indoors and stay out of the cold. This is a time where we may find ourselves bored with nothing to do but fear not, a lovely evening of music from a full symphony and chorus at the Kansas City Kauffman Center may be all you need to bring out some of that holiday cheer!

The Kauffman Center located at 1601 Broadway Blvd, Kansas City, Mo., will be hosting the Kansas City Symphony and the Symphony Chorus with their performance of Christmas Festival later this month from Dec. 19 to 22. The performance will consist of classic Christmas carols and seasonal songs.

I was able to attend a recent dress rehearsal of the Kansas City Symphony and Chorus performing Fauré’s Requiem. The environment and sound that they were able to produce was spectacular in the beautiful Helzberg Hall. Witnessing the preparation that they put into a single concert with the conductor Bernard Labadie able to pinpoint every sound that may have needed a slight tweak such as changing the tone of the organ to mesh better with the rest of the symphony was really an amazing experience.

The Kauffman Center for the Performing Arts was built in 2011 by architect Moshe Safdie. The structure admitted over 475,000 in its’ first year of operation and hosts performances and productions from national and international artists from around the world.

Sitting down with Dave Hess, a recent Washburn University Music Performance graduate, I was able to talk to him about his experience working with the Kansas City Symphony Chorus and how Washburn helped prepare him for the opportunity.

“The voice lessons from Washburn definitely helped me prepare to work in this environment,” said Hess. “The audition for the choir required me to sing a piece in another language and I feel my major really helped in that area also.”

He also praised highly over the guidance of Dr. Kellim of Washburn’s musical department. Hess says, “Dr. Kellim was definitely a big influence.”

The Kansas City Symphony and Chorus will be performing Dec. 19-22 with the Christmas Festival. Other performances being held at the Kauffman Center can be found at www.kauffmancenter.org .