The Last Stand is for the action movie viewer 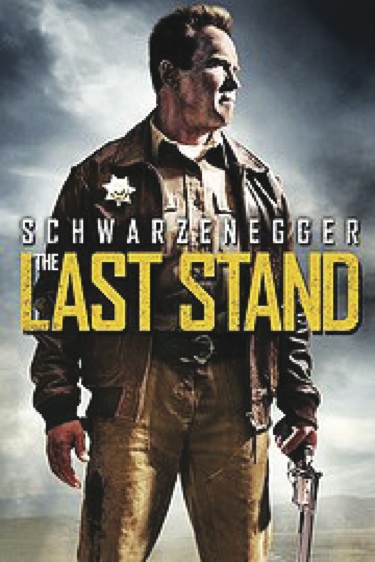 The Last Stand” is a great action movie that many will enjoy. Brian Cervantez would have to give the movie a 4.5 out of 5.

If you’re looking for an action movie, then look no further. “The Last Stand” is the perfect movie.

The movie is about a drug cartel member that escapes the FBI while they are trying to transport him to another prison.  After his escape he races a car as fast as he can to the Mexican border, but only a small town stands in his way and a sheriff named Ray Owens played by Arnold Schwarzenegger.  When this movie was first released in theaters I had mixed emotions about it because I did not know how good Schwarzenegger would be in this movie because he is older and when it comes to doing stunts that are in one of his movies the person has to be fit.  I will say after seeing this movie I was impressed with how in shape Schwarzenegger was for the role.  He made the movie fun to watch because in most of his action movies I never know what is coming next and there is always a twist.

One of the most important things that made this movie was the supporting cast because there is an FBI agent who tries to help and his name is Agent John Bannister played by Forest Whitaker.  He helped this movie because when it comes to playing a supporting role in a movie Whitaker helps make a movie more intense and serious.

Also another great supporting actor was Johnny Knoxville who played Lewis Dinkum.  Knoxville’s character was important because even in the most intense action moments he still brought a comic relief to the action.  That is what helps give this movie an edge because it was part action and comedy, which I enjoyed.

The music in the movie was great because it had that action type feeling to it.  In one scene near the end of the movie when they are about to have a big shootout the music slowly built up ‘til the shooting started.  Also in a scene near the begging of the movie there is a scene of the music that is surprising and it is when Agent Bannister looks back to see the van holding the fugitive is being lifted off the ground and the shot of his face plus the music made me go, “what just happened?”