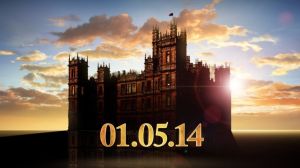 With today’s bitter cold and the flu bug going around, many have found themselves cooped at home with a case of the ‘winter blues.’ So what’s one to do?

For those scrolling through Netflix or Hulu complaining about reruns again, look no further then your local television station for some new episodes of your favorite series. Or just try out a new one while you actually have some free time.

Tonight, January 5, is the first Sunday of 2014 which means a television night jam-packed with new season premieres of favorite shows.

Tonight kicks off at 7 p.m. CST with ABC’s special of “The Bachelor: Countdown To Juan Pablo.” Pablo is a single dad and former pro-soccer player from Venezuela who won the attention and admiration of fans during Desirees season of the “Bachelorette.”

Although the actual premiere starts tomorrow night, viewers get a preview of Pablo and the 27 women hoping to win the heart of this new ‘Bachelor.’ Tonight’s special is said to also include a tribute to Gia Allemand, a former cast member who passed away last year.

Then you can always tune in with viewers from all around the world as they watch the long anticipated two-hour Season 4 premier of “Downton Abbey” which begins at 8 p.m. CST on PBS.

Last season left “Downton Abbey” viewers upset over the death of one of its popular characters, Matthew Crawley. Viewers are eager to find out how Mary, his wife, will endure without him. Others are just hoping to be entertained by the amusing and often shocking comments of the Dowager Countess played by popular actress Maggie Smith.

According to an article in ‘The Guardian,’ the creator of “Downton Abbey,” Julian Fellowes, has hinted this series could be the last.

However if listening to British accents isn’t your thing you can always choose between the midseason premiere of “The Good Wife” on CBS or “Revenge” on ABC also airing at 8 p.m CST.

After watching tonight feel free to write about what you thought about tonight’s premieres by commenting to this article or submitting to the following link: