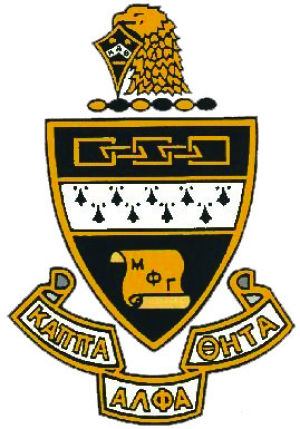 The Kappa Alpha Theta fraternity celebrates its 100 year anniversary in April, but they are starting the party early.

“It is the oldest sorority on the Washburn campus and it is preparing for its next 100 years,” said Gary Handy, director of Student Activities and Greek Life.

“We will be going over the history of Theta,” said Olivia Marshall, chief operating officer of the chapter. “We are just looking to get out there and let people know about us and let them know that we are here and that we’re ready to do a lot of awesome things.”

The Thetas will talk about their history on campus with a slideshow covering 100 years and several articles from the past will be on display to view.  Food and beverages will be provided.

The fraternity will also celebrate its centennial anniversary in April in Kansas City with alumnae from all over the country, including the president of all Thetas in the U.S. and Canada. The alumnae will also tour Washburn University where they will see all the changes that have occurred throughout the years.

Theta is looking for more women who would like to have an incredible life experience, learn how to be strong leaders and learn to become their best selves. Their motto is “Leading women.” They want to show what it is like in a Greek organization.

The fraternity is a non-profit group whose philanthropic cause is with an organization called CASA. A chapter of CASA in Shawnee County is supported by Theta by raising awareness for their cause and through donations and fundraisers throughout the year.

They are a special volunteer court appointed advocates to abused, neglected and foster children as they go through the court system. Each volunteer stays with a child throughout the entire process as a constant representative of that child as he or she goes through the placement procedure.

The fraternity has had three houses over the years. One was blown down by the tornado of 1966 and another is now occupied by a fraternity. But the Thetas want prospective joiners to know that they still do all the things other sororities do, including building life-long relationships with women who are successful and strong.

They stand not only for personal excellence but in helping others to be leaders also.