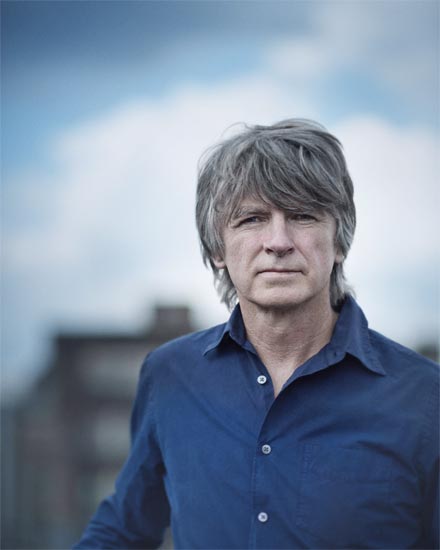 Neil Finn’s work might sound familiar, though one may not recognize his name, Finn started as the lead singer of Split Enz from his home country of New Zealand with his brother Tim Finn, and later in the 1980s, he started the band Crowded House from Australia.

Crowded House was known for two hits in the United States: “Don’t Dream It’s Over” and “Something So Strong.” Some may know him as the man behind the version of “The Song of the Lonely Mountain” from Peter Jackson’s first installment of “The Hobbit.”

If you are not familiar with Finn’s work from the past 35 years, you are missing out. He is widely regarded as one of the greatest songwriters from the southern hemisphere. He is a musical magician with melodies that make many composers envious.

One of the great rumors in the world of rock and roll is that Paul McCartney once called Finn the best songwriter alive. Although the quote in question is illusive at best, few critics have doubted its truth which speaks to Finn’s reputation.

Neil Finn’s new album “Dizzy Heights” was debuted on Feb. 11, and I had the pleasure to screen some of the album’s tracks before its official release date. I was already a fan of Neil Finn’s work and was enthusiastic to review the new album, and I can honestly say it was not a disappointment.

“Dizzy Heights” lives up to the impeccable reputation of its composer and I can’t remember being this excited for an album’s release in the past few years.

The melodic beauty that one comes to expect from Finn is present as always. After more than 35 years as a composer, Finn has been able to evolve his style from new wave art rock to experimental songwriter with “Dizzy Heights.”

His sons, Elroy and Liam, musicians in their own right, are featured on the album, which gives it the ability to appeal to both the older fan base and to a new generation of fans ready to appreciate good song writing.

Neil Finn might not be like most popular artists that chart in the United States these days but he is a respectable artist with a solid body of work. For anyone looking to discover why he is such an admired songwriter, I strongly recommend a search of YouTube to sample his long and prolific career.

You can find a full concert of him and Australian legend Paul Kelly on YouTube live at the Sydney Opera House. I also recommend the Finn brothers’ track “Won’t Give In” to see him and his brother Tim Finn reunited.