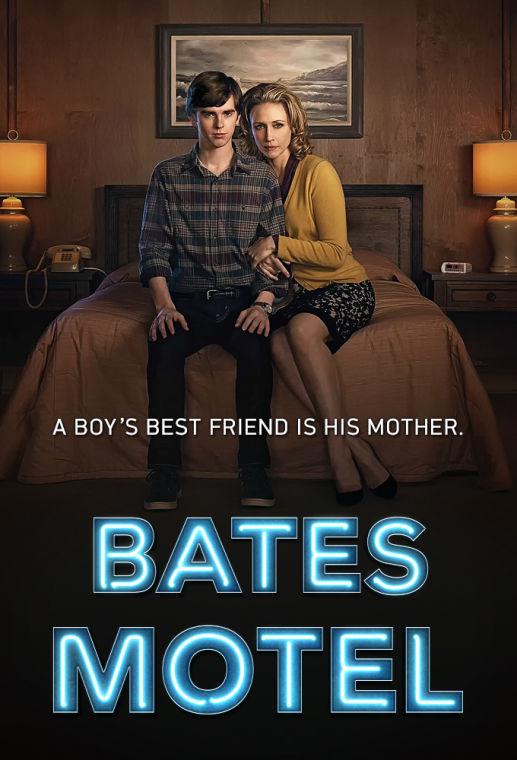 The A&E show "Bate Motel" is loosely based on Hitchcock's "Psycho." The show is returns on March 3.

I grew up watching movies starring the young British actor Freddie Highmore, after the musical hit “August Rush,” Highmore fell off the grid a little bit.

Devoted fans followed his career as he turned to animated voice acting in “Astro Boy,” and the sequels to “Arthur and the Invisibles.” Recently, however, Highmore appeared, all grown-up, in the A&E original show “Bates Motel.”

Loosely based on the poular horror “Psycho” by Alfred Hitchcock, “Bates Motel” is the story of Norman Bates, a shy teenager with an abnormally close connection to his mother, Norma.

After the death of Norman’s father, he and his mother pack up and move from Arizona to the tiny seaside town of White Pine Bay, where they buy a dilapidated hotel in an attempt to start a new life.

From there, it’s one mishap after another as Norman struggles to fit into his new school. It’s never easy to be the new kid, and it’s especially more difficult when the new kid also has episodes of memory loss. Of course, Norman doesn’t realize he is having mental difficulties. He also believes it’s perfectly acceptable for 17-year-old boys to help their mothers cover up murders and have sleep overs with her.

Meanwhile, Norman’s older brother, Dylan Massett, literally walks back into his family’s lives. It never specifies how long Dylan was gone, but judging by how he has a different last name, calls his mother by her first name, has zero respect or trust for her and has her contact saved as something unprintable in his phone, it’s a safe bet he walked out as soon as he could, probably even before he was 18.

Did I mention that Dylan is played by heartthrob Max Thieriot? He was in “The Pacifier” and “Nancy Drew” and then pretty much disappeared from the big screen until he appeared as his own form of psycho in “House at the End of the Street” with Jennifer Lawrence.

Norma Bates is brought to life by the hauntingly beautiful Vera Farmiga. Her most recent film was “The Conjuring.”

Norman’s best friend, slight crush and partner-in-crime is Emma Decody, a sweet yet blunt girl living with multiple sclerosis. Emma is played by relatively unknown Holland Roden look-alike Olivia Cooke. Despite her small filmography, I think she has real potential to be a true starlet in Hollywood.

Season one is 10 episodes of basically non-stop “what did I just watch” moments. However, between the creative story telling, out-of-the-ordinary storylines and eye candy (Highmore and Thieriot on screen at the same time.) I quickly found myself addicted. Season two premieres on A&E  March 3 at 9/8c.

“Bates Motel” will appeal to any fans of thriller, horror and possibly action. The romance is limited, so guys, don’t feel like you can’t watch it because it’s a “mushy” show or a “chick flick.”

And girls, like I said, there’s plenty of eye candy. Be sure to check out season one on Netflix before you flip to A&E on Monday.