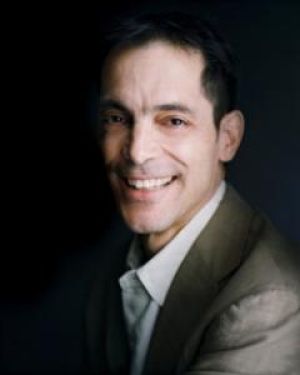 February 6th marked 149 years since Washburn was founded as Lincoln College. Today the University celebrates the day as Founder’s Day by inviting a guest speaker to present the annual Lincoln lecture.

This year’s speaker, John Stauffer, is a history and English professor at Harvard University. His presentation was titled, “Giants: The Parallel Lives of Lincoln and Douglass.” Stauffer grew up in the Midwest, attending nine schools between kindergarten and 12th grade. He latched onto literature as “a constant in his life” and after reading “The Life and Times of Frederick Douglass” as a child, he became obsessed with the man and is now considered an expert on both Douglass and Abraham Lincoln. The lecture was based on a book he published in 2008 with the same title.

Stauffer began by explaining why Douglass and Lincoln were significant. According to Stauffer, “Frederick Douglass and Abraham Lincoln are the two preeminent self-made men in American history, who led strikingly, surprisingly parallel lives that ultimately converged into friendship.” Additionally, Douglass was the first black man to meet with an American president on equal terms. This would not happen again until Martin Luther King, Jr. met with Lyndon Johnson in the 1960s.

The first parallel between the two men was their ability and appreciation for effective communication.

Those six books were the King James Bible, Shakespeare’s works, The Columbian Orator by Caleb Bingham, the poems of Lord Byron, the stories by Robert Burns, and Aesop’s Fables.

The second parallel was that both men had a vicious fight which they referred to as the turning point of their career. Douglass’ came when he learned to read and write from an ignorant mistress.

“He was sent back [to his former master] on the eastern seaboard, now literate,” said Stauffer. “And with literacy comes confidence, comes a sense of dignity.” Douglass stood up to his master, and bested him in a fight. From there, Douglass declared himself “free in form, if not in fact.”

Lincoln won his respect in a wrestling match against Jack Armstrong. It is unclear what exactly happened in the fight, but Armstrong fouled Lincoln, and they called it a draw. The significance is that that is when Lincoln began to think of himself as a leader.

“In my opinion,” said Stauffer. “He went on to become the greatest president this country has ever seen.”

The third parallel is that both men married up, and the women in their lives were indispensible to their rise to success. Douglass married Anna Murray, a free black woman living in Boston. Her money allowed Douglass to get into the places he needed to be to make a career as an abolitionist. Lincoln’s wife, Mary Todd Lincoln was raised in the formation of the Wig party. When they met, Mary knew more about politics than Lincoln himself. She played a huge role in his rise in political power because she already knew how to play the game.

In their lifetimes, Lincoln and Douglass met three times. The first time, they talked for an hour, and by the end Lincoln called Douglass “the most meritous man I have ever met,” and Douglass later referred to Lincoln as “the king of self-made men.”

Their friendship was a utilitarian. Douglass realized he could not end slavery without winning the war, which he needed Lincoln for, and Lincoln discovered he could not win the war without ending slavery, and he needed Douglass to do that. The second time was Lincoln asking Douglass to help him bring slaves from the south to help free them in the event that he lost the next election. The final meeting was Lincoln’s second inauguration at which Douglass was seated in the front row.

The entire presentation lasted just over an hour. “It was excellent,” said Nakita Pattillo, a freshman nursing major. “So much better than last year’s speaker. I learned a lot without feeling like I was learning.”

President Farley agreed. “Overall I thought our speaker tonight was impressive. He had such a command of the topic, and he could say one thing and then he had a thousand little facts to tie in. I liked the contrasts that he drew, and the similarities he drew. It’s a real tribute to Washburn that we can attract someone like this to come talk to the students.