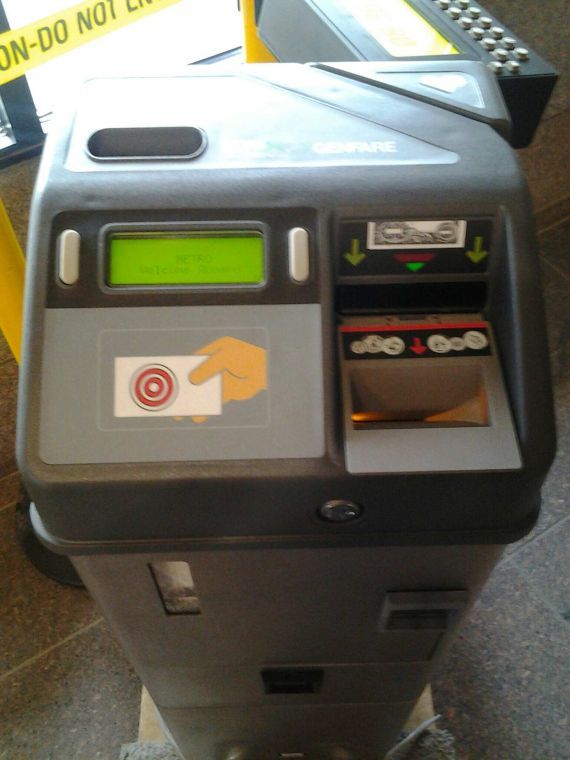 The Odyssey 'smart' farebox is currently displayed at Quincy Street Station. I will be on all Topeka Metro buses by Monday, Feb. 24

The last upgrade was over 16 years ago. The new ‘smart’ fare boxes will have several special features that will be advantageous to bus riders and will assist with route planning by providing data of when and where riders board.

“It’s a ‘smart’ fare box, it can receive cash and gives back a change card, similar to how a gift card is used. We will also receive daily ridership data that we have not had before,” said Susan Duffy, general manager for Topeka Metro.

Fares and costs of monthly passes will remain the same. However, with the new smart fare box Topeka Metro will issue a 10-ride card instead of 10 tickets.

The new fare box will keep track of how many rides a rider has used and how many they have left and prints the remaining balance on the card.

Another new feature, the 31-day pass is a bargain compared to the current monthly pass.

“Some riders don’t always get paid at the first of the month and the 31-day pass allows purchasing flexibility,” said Duffy. “And for six months in a year, a rider will get to ride seven extra days with the 31-day pass.”

The new monthly pass will last for 31 days from the day the rider activates it. For example, if a pass is purchased on the first of the month but is not used until the fifth, the 31 days starts with its first use. Riders can purchase two or three monthly passes at a time and begin using the new pass once the old one expires.

Duffy reminds riders that once the change has taken effect, old tickets can still be used until May 1 or exchanged for new tickets. For more information about the new fare boxes, visit the Topeka Metro website at www.topekametro.org.