College campuses to try on ‘Suits’ for season three 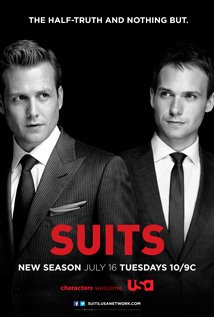 Last year I started watching a show called “Suits,” and ever since I can’t stop watching it. The television series is highly entertaining, has a great story line and always leaves the viewer wondering what’s going to happen next.

The show follows Mike Ross, played by Patrick J. Adams, a brilliant-minded genius who accidentally walks into a law firm interview after a drug bust gone bad. Harvey Specter, played by Gabriel Macht, ends up hiring Ross as his associate even after learning he hasn’t attended any law school, but they make a deal that neither one of them tells anyone about their arrangement.

Recently, the “Suits” cast has been on a college tour. Students had the opportunity to nominate their school on the USA Network site and the top seven colleges were chosen.

On this tour there is an interactive Q&A and “Suits” merchandise will be given to students from the campuses.

“‘Suits’ has cultivated a zealous millenial fan base and our college tour is a great way to engage with them in a meaningful way,” said Alexandra Shapiro ,the vice president, marketing and digital, of USA Network. “We are excited to create a unique experience with special access to the franchise and talent that will help our devoted viewers forge a real-world connection to the series.”

Students who do not go to these colleges cannot attend. However, you can still nominate your school on suitsoncampus.com to participate in a socially driven competition. The top 10 colleges will be chosen.

As of right now the show has ended two seasons and is halfway through the third. I recommend everyone to watch it. The show isn’t available to watch on Netflix or Hulu but one can sign in on usanetwork.com/now/search/suits and view clips and full episodes.

Season 1 and season 2 are also available on DVD.

The “Suits” College Tour will visit: