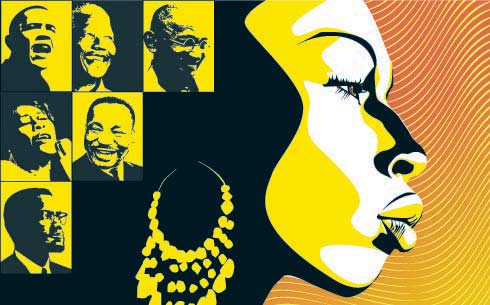 The month celebrates, honors and acknowledges the contributions of all African Americans. At Washburn University, the Sistahood organization has put together events throughout the month to celebrate and educate students, teachers and the greater Topeka area.

February is Black History Month and the theme this year is “Civil Rights in America,” the Emancipation Proclamation put an end to slavery about 150 years ago.

Fifty years ago, thousands of Americans marched on Washington in the battle for civil rights and Martin Luther King, Jr. gave his “I Have a Dream” speech. Sixty years ago in Topeka the landmark case of Brown v. Board of Education was won, overturning the doctrine of Separate But Equal.

The month also celebrates, honors and acknowledges the contributions of all African Americans. On campus, the Sistahood organization has put together events throughout the month to celebrate and educate students, teachers and the greater Topeka area.

Sistahood club president Sylvian Arceneaux is concerned that there is still not as much diversity at Washburn as the university likes to think, especially since Washburn has not stepped up with planning events to honor Black History Month.

“Our group has decided to take it into our own hands and celebrate it with our own events,” said Arceneaux. “If the events are successful, maybe the university will catch on.”

Every Monday from noon until 1 p.m. this month, the Sistahood and the Mabee Library will host “A Tribute to African American Literature.” The library will also provide refreshments.

There were readings from the works of Tupac Shakur, Maya Angelou and Elizabeth Alexander Feb. 3. Most notably, Alexander read one of her poems at the first inauguration of President Barack Obama.

Some of the other events will be the screening of two movies at 6 p.m. in room 112 of the Henderson building. The first movie, “The Butler,” an award-winning film, will play on Feb. 13. The movie is based on the true story of a butler in the White House during five administrations and revolves around the Civil Rights movement.

The second movie, sponsored by the Justice Department, will be “Fruitvale Station” and will play on Feb. 27. “Fruitvale Station” is based on a true story and a Sundance Film Festival award-winner. The movie follows the events of a young man on the last day of his life before being fatally shot while in handcuffs and in police custody.

Arceneaux would like to see more communication happen at Washburn within a larger section of people from the African American community than it does at present.

“If Washburn is looking for more ways to represent cultural diversity… I would like to see more support from the University itself,” said Arceneaux. “To understand a culture, you have to communicate with the people whose background is from that culture.”

The Sistahood is also looking to expand their numbers.

“Anyone can join the Sistahood,” said club secretary Ashley Leesman. “People think you have to be African American to join, but that’s not true.” The Sistahood stands for empowerment of women.

“In my opinion, we are forgotten instead of recognized,” said Arceneaux. “It is sad that we need this month. African Americans should be represented all year long.”

The Sistahood meets on Mondays at 12:15 p.m. in the lower level of the Student Union, next to the WSGA office. Contact club president Sylvian Arceneaux at [email protected] for more information on meetings, or to purchase a Sistahood t-shirt.