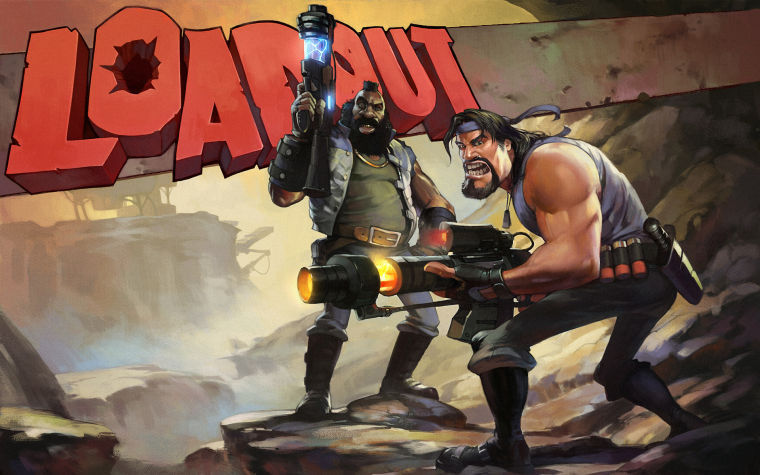 The main draw in Loadout is the amount of customization a player can put into the game. Like Team Fortress 2, players can pay real world money to outfit their character in a variety of ways, including hats, pants and custom taunts.

Loadout is an M-rated, free-to-play, objective-driven, online multiplayer game with game modes similar to that of Team Fortress 2 and Halo multiplayer.

The game was released into an open beta Jan. 31 and unlike the previously mentioned games, is actually a third-person shooter rather than first-person like most multiplayer shooters of today.

The main draw in Loadout is the amount of customization a player can put into the game. Like Team Fortress 2, players can pay real world money to outfit their character in a variety of ways including hats, pants and custom taunts.

Some of these taunts are downright hilarious and include the Carlton dance from the “Fresh Prince of Bel Air,” complete with an audio cue that’s obviously meant to invoke Tom Jones’ “It’s Not Unusual,” but is different enough to avoid copyright troubles.

The second and most interesting way a player can customize their experience is by building their gun from the ground up. Players can build rocket launchers, rifles and pulse guns, then modify the trigger, magazine, barrel, scope and payload.

Modifying each component will affect how the gun functions. Switching out the trigger, for example, can modify the firing patten, while swapping out the magazine will change the rate of fire.

The most important of these modifiers is the payload, which can change how a gun works entirely. The payloads include Healing, Tesla, Slug, The Juice and Pyro.

The customization items cannot be bought and must be earned by playing matches, eliminating the concept of “pay to win.” All in all, the customization is very fun and even lets users name their weapons and see the names of other players’ weapons. Unfortunately, though, due to the lack of creativity on the Internet, the weapon names you’ll end up seeing are often phallic synonyms.

The game follows the typical multiplayer shooter precedent when it comes to game modes, though does try to mix in a few quirks of its own.

In Loadout’s version of Capture the Flag, for example, the flag is instead a giant robotic hammer that is worth more points if it’s used to kill someone. The Deathmatch variation also mixes stuff up a bit by adding point capsules that drop when an opponent is killed.

Loadout’s art style can best be summed up in one phrase: Refuge in Audacity. The game is not meant for children, but its violent, lowbrow and even vulgar sense of humor could definitely keep players coming back for more.

Dead characters occasionally flip the bird to their murderer and after a particularly nasty explosion you could be left running without a head, eyes and brain flopping about. Sometimes you’re even reduced to crawling along with no legs.

Loadout, while still in beta can be a lot of fun given the right mood or audience but as it’s free to play, if you have a gaming PC, you really have no excuse not to at least try it.

Loadout is available for free through Steam or at Loadout.com