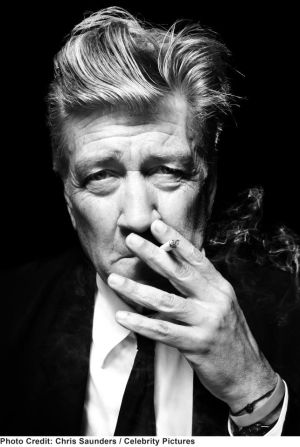 From an early age I had always been fascinated by film. I specifically adored film as an art. Years spent in art and theatre schools allowed me to better understand the medium.

I became more critical and was no longer able to be satisfied with films that did not challenge the audience.

One director, David Lynch, is a master of art using surrealism to push the audience into the heart of darkness within our minds. I remember the first time I saw a David Lynch movie; I restarted the film when the credits finished.

I could not believe what I had experienced. I had an affinity for thrillers, but had never really been terrorized by a movie. After I saw “Blue Velvet”, I knew there was nothing that would hit my psyche that hard again.

At first I could not tell if I enjoyed it. I felt unclean. something had been taken from me. It took time to understand what happened. I needed guidance, so I took to the Internet to read every critic’s opinion I could find.

The film remains controversial, even after more than 25 years. The ultimate movie gurus, Siskel and Ebert, were in absolute disagreement over it. As a lover of film and a glutton for psychological challenges, I watched the film again and again to settle the internal debate raging in my subconscious.

After the fifth view and pages of notes I had scrawled as I watched to capture the cinematic brushstrokes, I knew that this movie should be regarded as a masterpiece specifically because of the way it is both brilliant and disturbing.

The film opens with an unforgettable score by Angelo Badalamenti, followed by Bobby Vinton singing the song  “Blue Velvet” as you pass through a surreal American town. Lumberton is a slow and sarcastic living Normal Rockwell world of white picket fences and green lawns.

The camera takes you below the surface of the lawn to see the insects crawling violently under the surface. This opening brilliantly foreshadows the story. Lumberton apears too good to be real, but there is something disgusting under the surface.

A man has a stroke while watering his lawn and this draws his son Jeffery (Kyle MacLachlan) home from college to help at the family hardware store. While walking home, Jeffery finds a severed human ear. He takes it to the local sheriff and is told to let the police handle the rest of it. Jeffery’s curiosity compels him to investigate with the sheriff’s naïve daughter, Sandy (Laura Dern). They deduce that the ear may have something to do with the missing husband of the mysterious lounge singer, Dorothy Vallens (Isabella Rosellini). Jeffery hatches a plan to sneak into the lounge singer’s apartment to learn more, but has no idea what he is about to discover.

Curiosity slowly transforms into voyeurism as Jeffery hides in her closet watching her. Frank (Dennis Hopper), the man who has kidnapped the lounge singer’s husband and child, storms in beating the woman between deep breaths of laughing gas in a ritualistic rape involving fetishized blue velvet.

The film is an exploration of evil. It juxtaposes sexual violence and depravity with white-washed suburbia. At every turn we are made to feel fear and disgust. When I saw “A Clockwork Orange” by Stanley Kubrick, I thought I had seen terror in sex and violence, but Lynch took it farther and deeper into the darkness. I felt the pain, anxiety, fear and confusion of the characters. Many critics argued that there was no reason to make such a disturbing film, but they missed the point. Lynch wants the audience to feel the horror beneath the surface that we ignore.

I found the movie disturbing, but that is why it needs to be seen. It was not made to be an escape. It raises many hard questions of philosophy, psychology, violence and sexuality. Although it can disturb like no other film I have encountered, Lynch gives us hope in the end when a robin eats one of the insects violently moving under the lawn. The film should be seen for its message and also its art.

Lynch is a technical master. Film is storytelling through light and sound. These two ingredients come together in one of the most haunting scenes I have ever viewed. The actor Dean Stockwell lip-syncs Roy Orbison’s “In Dreams” using a hand-held work light as a microphone that lights his grotesquely made-up face from below. He sings in a surreal scene that brings the evil Frank to tears. Surrealist touches like this, are what make Lynch’s films unforgettably beautiful even when they terrorize you to a spiritual core.

The film also contains some of the most stunning works of Dennis Hopper in one of the most powerful roles in any film. He plays a sociopathic, drug addict that serves to terrorize the other characters and the audience to perfection. The violence is intense and the sexual perversions are disgusting, but Hopper immersed himself seamlessly into the character.

He goes from manic episodes of violence, drug abuse and sexual deviance to being moved to tears by music. His character is both terrorizing and tear jerking. His sadness is played so well that it hurts to watch.

“Blue Velvet” is an artistic masterpiece. The technical brilliance and the unforgettable performances make it too important not to see. I cannot guarantee that anyone will enjoy the film, but that is not the nature of art. If you want to be well versed in the medium, you must explore the experimental works that can be highly disturbing. This film is not appreciated because too many people see movies simply as entertainment as opposed to art. This is a work of art and needs to be respected and viewed accordingly.