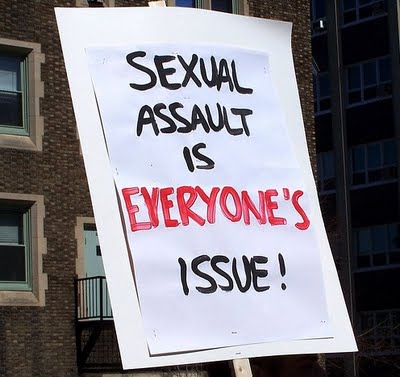 According to a memorandum by the White House Council on Women, 1 in 5 college students have been assaulted and only 12 percent of them reported violence.

According to a memorandum by the White House Council on Women, 1 in 5 college students have been assaulted and only 12 percent of them reported violence.

Rosemary Henderson, a senior psychology major, says that she feels safe on campus and  Washburn may be better than some universities because it is a smaller campus. This makes it easier to have better connections and response times, as well as the presence of Washburn police department and call buttons. She says that in her dealings with WUPO they madequick responses in the past whenever she needed help.

In 2010, there were three forcible sexual offenses at Washburn, one in 2011 and zero in 2012, according to the Annual Campus Security and Fire Safety Report for 2013. The report encourages that a victim’s first priority is to get to a safe place and obtain any necessary medical treatment.

They should report the incident as quickly as possible as time is critical to gather evidence and apprehend perpretators. They should also take steps to preserve evidence including clothes worn before and after the assault and avoid showering or bathing until after seeking medical attention.

Captain Chris Enos says that even if students have washed their clothes or taken a shower it’s not too late to report a sexual assault.

Enos says one of a few ways to decrease the risk of sexual assault is the buddy system. Also make sure to keep track of drinks and keep them in sight and if you feel uncomfortable get out any way you can. If there are concerns about a specific individual let residential living or the police department know, be aware of the  environment, keep a cell phone close and do whatever you can to escape.

“Its hard to do that [give advice] because so many of the victims think they did something wrong,” said Sergeant Nikki Wiecken. “Know that it’s not your fault.”

Wiecken says not to be afraid to report sexual assault and there are other resources to use, such as the YWCA, and going to hospitals. She said that reporting sexual assaults can encourage other victims to come forward and tell their stories.

Wiecken says that WUPO does not want to re-traumatize victims, but wants to do everything they can to help that individual heal. The police department will investigate every case and will not force anyone to do anything they are uncomfortable with.

Wiecken says that she wants people to know that it happens a lot. Many don’t know because many victims don’t report it. Washburn is its own community and that if it increases education over sexual assault, it can expand out and help to decrease the instances of sexual assault.

Jericho Hockett, psychology lecturer at Washburn, says that she feels safe in general and that Washburn has many resources to help individuals feel safe such as the Safe Zone program. She says that there can always be more done to protect students.

“The ultimate message to give is the idea that you’re not alone, there are support systems in place and anybody facing those struggles or other struggles can overcome them,” said Hockett.

When someone experiences a traumatic event they can often find themselves in despair, but there is absolutely hope for recovery.