For comedy and action “Ride Along” 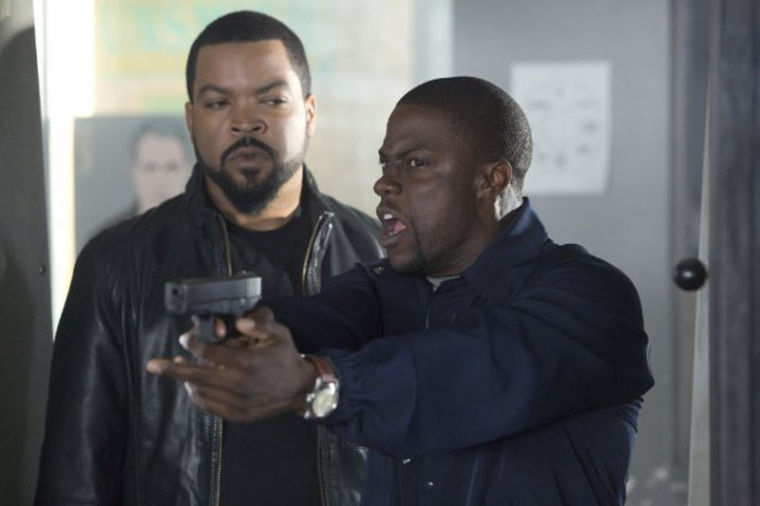 The acting in the movie between Ice cube and Kevin Hart is great and I could see that they bring out the best in each other to make the characters performance real.

Recently I was trying to find a movie to at the theaters, I found the movie “Ride Along.”

The movie is about a security guard named Ben Barber who is played by Kevin Hart and he finds out he is going to the police academy. When he finds out he decides to propose to his girlfriend, but there is one problem her brother James Payton who is played by Ice Cube is a cop and he wants Ben to prove that he can protect his sister by bringing Ben on a ride along.

The whole time they’re together one crazy thing after another happens and it does not stop with the antics.

The acting in the movie between Ice cube and Kevin Hart is great and I could see that they bring out the best in each other to make the characters performance real.

This was apparent in a scene when Ben is first telling James he wants to have his blessing to marry his sister. Then James pulls out his gun and shoots Ben but this is in James mind because he does not like his sister boyfriend and thinks that Ben is not worthy of his sister.

It was funny to see because I can relate to that when there is someone that is dating a family member they always do not think that someone is good for there family member, this is why it is so compelling to see the actors reactions to each other.

Another scene that is great is when the two characters are at the shooting range and Ben is asking James how do you say “freeze”, that’s when Ben starts to try to say it the same way as James. When this was going on I could see James was getting frustrated but both men made it to where I felt there performance was real and genuine.

I also thought the music played a role in some of the key funny moments in the movie. One of the best is when James is chasing a criminal and they put the right music in the situation to make the scene hilarious.

The actors in this movie just play well off each other and make it fun to watch there is never a dull moment. It had me on the edge of my seat the whole time because I was wondering what was going to happen next.

The reason why is because there was so much unpredictable moments I never knew what they were going to say or do which made it much fun to watch.

If you like this movie then here are some other movies you can go check out “Here Comes the Boom,” “In the End” and “Undercover Brother.”