Committed to excellence through any adversity 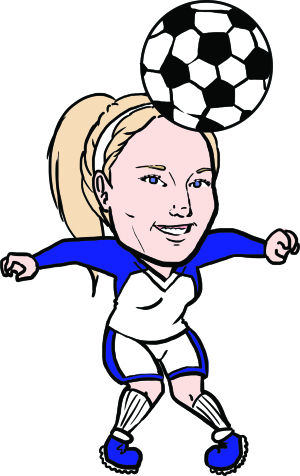 Rianin Bowser grew up playing soccer in Overland Park, Kan., and after having dreams of playing in the National League stripped away with a third knee injury, Bowser now has the determination of an Olympic athlete to never give up and get back in the game.

“A lot of motivation came from the girls on the team,” said Bowser. “We had eight surgeries, four ACLs this season, so we all are in the training room together pushing each other.”

Despite all of the Ichabods’ injuries last season, they still managed to go 9-9-2. Caysie Beetley led the team with 14 goals scored. Beetley played 993 minutes for the 2013 season. Bowser played 57 minutes before sustaining her consecutive, and most recent, injury.

Bowser began playing soccer when she was 4 years old. While once having dreams of playing in the National League when she got older, she is now happy just to have the opportunity to play at all.

Bowser’s senior year in high school marked the beginning of the three consecutive knee injuries. The first was a torn meniscus in her left knee, followed by a torn ACL just four months later, causing her to start her college experience as an injured redshirt with a year and a half road to recovery. The 2013 season marked the first game she played during her college career. After four games in November she sustained an ACL/MCL tear in her right knee.

Bowser puts off an enormous positive energy with the undertone of a wounded gladiator, hurt more by the fact she can’t get in the arena with her team, yet she still manages to keep an upbeat attitude and high hopes for the future.

“We have really good leadership, we had a girl who tore both of her ACLs last year, and I looked up to her because she just powered through it,” said Bowser. “This was her last season, but if she can go through all of that then I can push too, out of respect for the team and the seniors and all that they have put into it. The team is really close…that’s what pushes me to try to get back and help them out… Hopefully I’ll be able to start practicing with them again in a few months.”

Regardless of what life throws at her she still continues to give the world more than what the world has given her. Whether it be team spirit, the love of the game or finding a career that helps others who are struggling. Bowser is someone who has so much to give and everyone can draw hope and inspiration from her.