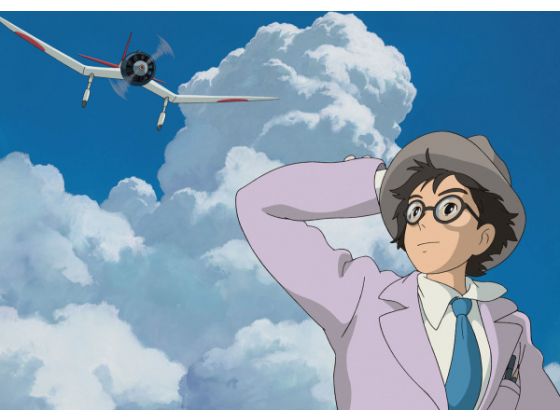 "The Wind Rises" is the last anime film by famous director Hayao Miyazaki. The film was nominated for several awards and won Animation of the Year by the Japan Academy Prize.

I’m happy to say that I finally got to see “The Wind Rises,” an anime film directed by Hayao Miyazaki. This film is said to be Miyazaki’s last long film as the 73-old-year announced this last September. Miyazaki has created several anime movies including, “Sprited Away,” “Castle in the Sky,” “Princess Mononoke,” “Howl’s Moving Castle,” “Kiki’s Delivery Service” and many more.

“The Wind Rises” had its premiere in Japan June 20, 2013 and was released in the U.S. Nov. 8.  The movie is based on true events of the main character.  “The Wind Rises” follows the life of Jiro Horikoshi, a Japanese aeronautical engineer who dreams of creating beautiful airplanes during World War II. His story begins when Jiro is a boy and his experience through the Great Kanto Earthquake of 1923. Without giving too much away, during this time Jiro falls in love with Nahoko, a girl that he meets during the earthquake. The film goes between Jiro’s real life and his dream life. In his dream life, he speaks with his idol, Caproni, an Italian aeronautical designer. The transitions between Jiro’s life and his dreams are confusing at first, but as the movie goes on it gets easier to follow.

This film included the wonderful animation as Miyazaki’s films do. Miyazaki and Studio Ghibli did a tremendous job creating beautiful animation. The film really showed the culture of Japan during that specific time period with all the details of the behaviors of the characters, the outfits, the appliances and furniture. It was interesting to hear the perspective of the people of Japan and what they thought about the technology and culture of their own country during the earthquake, depression and the war. This film is one of the longer films created by Miyazaki. It runs about 2 hours and 15 minutes. I think that the length of the film is acceptable because it is his final movie.

Liberty Hall in Lawrence Kan. is showing “The Wind Rises” during this week. It was my first experience at Liberty Hall and I did enjoy my experience. I saw the film that was dubbed with English, instead of the Japanese version.  I really enjoyed this film and will definitely buy this movie to add to my Miyazaki collection. I am sad that this is Miyazaki’s last film because I truly love many of his films. However, I’m glad that “The Wind Rises” was his final film because it has a great story line and gives great details about the Japan and its culture at such a fragile time in history.  It also really enjoyed how this film was so positive even though there were so many tragic events throughout the film. Miyazaki ended his long career with a bang. This film will have you flying high with its plot line and is definitely a must see.