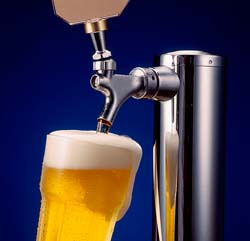 The idea of the game is to film oneself drinking a pint of alcohol, originally beer, as fast as possible and posting the video on a social media sight. The next step of the game is to nominate at least one or two friends to do the same within 24 hours.

A new online drinking game has finally made it to the United States. The game is called Neknominating and has already resulted in at least five reported deaths in the United Kingdom and Ireland.

The idea of the game is to film oneself drinking a pint of alcohol, originally beer, as fast as possible and posting the video on a social media sight. The next step of the game is to nominate at least one or two friends to do the same within 24 hours.

The game is thought to have started in Perth, Australia. It began as a simple beer drinking challenge and has since evolved to more elaborate spectacles and stronger spirits. The game became extraordinarily popular in Australia among the youth.

Bob Hawke, former prime minister of Australia, can be seen downing beer in online videos at rugby games. Hawke used to hold a world record in beer consumption. He consumed a yard (approximately 1.4 liters) of beer in 11 seconds. The 85-year-old Hawke still manages to down a pint in less than 10 seconds.

Hawke can be seen “sculling” a beer. At 83, Hawke was recorded consuming a full pint in 6.8 seconds.

From Australia the game spread to the United Kingdom. The game quickly evolved from a simple beer drinking challenge to a more elaborate game of escalating stunts and bizarre cocktails served in large proportions.

Rebecca Dagley, a 19-year-old resident of the U.K., posted a video of herself consuming a can of Stella Artois while stripping down to her underwear in a crowded supermarket.

By the time the game spread from the U.K. to Ireland, it had started leading to the deaths of some participants. Johnny Byrne, a 19-year-old, died as the result of his elaborate video. Byrne consumed at least three different types of spirits before leaping into a swollen river in the Irish countryside where he drowned.

“It’s a practice that we are very concerned about. Irish people have a propensity to drink a lot and very quickly — and we are worried that this game could exacerbate this,” said Fionnuala Sheehan, chief executive of the Mature Enjoyment of Alcohol in Society. “In particular, it’s a concern that the posting of the images could appeal to and be taken up by vulnerable younger drinkers.”

While the game continues to escalate and stir controversy, it has arrived in the United States. The videos have become more extreme with participants drinking while engaged in extreme activities like skiing, doing handstands or drinking from a toilet bowl full of hard liquor. The contents of the pint have evolved from beer to hard liquor and bizarre ingredients such as engine oil.

Lawmakers in numerous countries have raised concern about the game. Pressure has been put on Facebook to remove the game from their site.

Facebook issued in an official statement: “We do not tolerate content which is directly harmful, for example bullying, but behavior which some people may find offensive or controversial is not always necessarily against our rules.”

Many critics argue that simply removing Neknominations from Facebook will not solve the issue.

“You’re really not able to stop this drinking game because even if you take it offline, it can still be played,” said Cassidy Bristol, a senior psychology major.

John Paul, professor of sociolgy, and several critics of the drinking game emphasized that the danger of the game is found in a lack of education about the dangers of alcohol.

“We treat alcohol like a game,” said Paul. “It’s so woven into the fabric of who we are. We’re not socialized properly in terms of drinking alcohol.”

There are many aspects of the game that send mixed messages. It is difficult to condemn fast beer consumption in Australia when the former prime minister is on television downing pints to the applause of a crowd.

“You could highlight the failed policy of the war on drugs,” said Paul. “Educating youth to ‘just say no’ has apparently not stopped binge drinking among adolescents.”