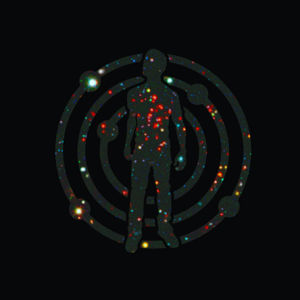 With only a few hours of notice, Kid Cudi stunned his fans and released a full 10-track studio album online. Originally envisioned to be an EP, “Satellite Flight” was supposed to be the bridge project between his “Indicud” album and next year’s “Man on the Moon III” album.

His first single for the album is called “Satellite Flight.” In his familiar Cudi-style, the song draws in his listeners with a very slow and catchy hook. “Satellite Flight” is a surprisingly simple song as it uses a repetition of the same hook to stimulate the song. The slow tempo also brings back the same elements that attracted people to his darker works. The lyrics are interlaced with a synthetic vibe that follows the minimalistic pattern of his voice.

Similar patterns are formed throughout the album.  Beginning with his song “Destination: Mother Moon,” Cudi attempts to create a journey within the album. As described in their titles, the songs converge the realities from his life with the fantasy of traveling through space. What this particular song does great is that it captures the echoic rhythm of what space could sound like. It’s very reminiscent to the movie “2001: A Space Odyssey.”

The album invites Cudi’s fan base back to familiar territory in light of his recent music endeavors. Cudi’s album “Indicud” moved away from what people generally expect from the Cleveland native.  Opting to move away from his darker themed and marijuana-based lyrics, Cudi decided to branch out. Cudi introduced newer artists to the limelight and mixed in different rapping schemes. The same type of stylistic departure happened with his side project and self-titled album “WZRD,” where he teamed up with Dot da Genius in an effort to mix rock and electronic music.

The newest album goes back to the basics with his style of rapping. In his song “Too Bad I Have to Destroy You Now,” Cudi delivers his lines in short and abrupt phrases. By phrasing the words quickly, he gives an unsettling rhythm to them. This is where the album takes a darker turn and Cudi deals with the criticisms thrown his way after changing directions with his music.

However, there are setbacks to his transitional album. The use of repetition and minimalism in both the lyrics and composition creates static moments in the songs. An adventure through space, at times, feels more like a road trip through the flatlands of Kansas.

What the album does right is that it is a great transition to what listeners can expect for his following album. The album’s purpose is to send the listener on an adventure, and the adventure has barely started. “Man on the Moon III” is expected to be released in 2015.