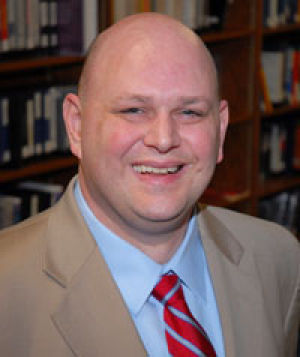 Michelle Canipe’s lawsuit against Washburn and dean of libraries Alan Bearman was recently settled out of court March 11.

Canipe, a former instructional librarian at Washburn’s Mabee Library from January 2010 to May 2011, filed charges in 2011 against Bearman and Washburn University for sexual harassment, discrimination and creating a hostile work environment. There were fourteen listed counts.

Canipe and her lawyers sought over $75,000 for each count. The lawsuit also contended that Bearman was abusive to other employees, including technology consultant Farhan Makda, but both Bearman and Washburn denied this.

In Canipe’s lawsuit, she also contended that Bearman would call instructional librarian Keith Rocci “Sally” in a derogatory manner. Canipe then recalled an incident in which Bearman, seeing a small tattoo on her foot, said, “You’re one of those.”

From a prior conversation with a coworker, Canipe learned that Bearman had once said the only types of people with tattoos are “sailors and whores.” Bearman’s and Washburn’s response to that allegation was that Bearman made that comment in a context other than how Canipe interpreted it.

Canipe also asserted that Bearman referred to Makda, a practicing Muslim who has a piloting license, as a “terrorist” who “knows how to take off but doesn’t know how to land.” Bearman and Washburn denied this as well.

Canipe then recounted an incident in which Bearman assaulted Makda. Makda confirms this, saying Bearman threw him to the ground and punched him in the head and arm repeatedly. Makda says Canipe witnessed this. Responding to this claim in Canipe’s lawsuit, Bearman and Washburn denied this happened.

In fear of losing his job, Makda did not press charges or report the attack to the police.

“Washburn and Bearman denied a lot of things,” said Canipe. “In addition to the horrible things that happened to Farhan, they denied Bearman’s ‘sailors and whores’ comment, they denied the frequency with which Bearman called Keith Rocci ‘Sally’ and they denied that Keith confirmed to me his being asked by Alan to investigate Sean [Bird]’s sexuality during the hiring process.”

According to Canipe, Bearman was unwilling to work with a homosexual and wanted verification that Bird was heterosexual before offering him the job. Canipe says that she does have evidence that Rocci confirmed this to her.

“On my last day at Mabee, one of my coworkers told me, ‘We either deal with it or we choose to move on,’” said Canipe. “I think there is a third option – to speak up. Speaking up is the only way to spread awareness and create positive change. That doesn’t make it easy, but I do think it is worth it.”

The lawsuit did not go to trial. Only about 1 percent of civil cases go to trial because of the high costs, says Larry Rute, the mediator of Canipe’s and Bearman’s settlement.

After over seven hours of mediation, a settlement was reached that was mutually acceptable. According to Rute, the two parties typically split the mediation costs, which totaled $3,225.75. The amount Canipe received in the settlement is not shown in court records.

To the best knowledge of several Washburn faculty members (who wish to remain anonymous), Washburn has taken no disciplinary measures regarding Bearman. Washburn’s attorney could not comment on this matter.

“Many faculty and staff across campus have expressed that the whole situation was not handled well by the administration,” said Ann Callies, director of the university Tutoring and Writing Center.

Other library faculty members have declined to comment in fear of increasing the work environment hostility that Canipe spoke of in her lawsuit and to avoid termination by Bearman or Washburn for speaking up.

Tom Prasch, who has worked with Bearman in the history department, was willing to comment on his experience with him.

“I’ve always found him utterly unproblematic. I’ve been delighted to work with him. I’ve had no problems,” said Prasch. “I’ve seen no evidence of sexual harassment on his part whatsoever, so I always found these accusations just rather bizarre, but I also don’t know this court case or the settlement and I don’t know the terms and I think none of us do. Given that, it makes it very hard to comment.”

President Jerry Farley and Vice President of Academic Affairs Randy Pembrook were unavailable for comment. Compliance officer Cynthia Waskowiak, an attorney for Washburn, was able to comment on Washburn’s policy regarding harassment and discrimination.

“Washburn University has many mechanisms in place to support students, faculty and staff. When we learn of concerns, we make an assessment to determine how best to respond,” said Waskowiak. “Sometimes, an issue does not meet the legal standard for harassment or discrimination. In those cases, we have other processes to seek input from individuals who express concerns and we work with them to find possible solutions.”