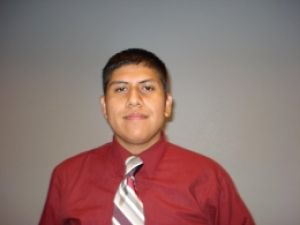 The Affordable Care Act passed through congress and is now being slowly integrated through online registration at Healthcare.gov. The Obama administration was looking for an easy integration to the public, however, a key provision from ACA has been met with legal roadblocks after the Supreme Court ruling of National Federation of Independent Business v. Sebelius.

While the ruling upheld the constitutionality of the ACA, it also determined that states have the right to adequately consent to any type of Medicaid expansion that the new health reform bill proposed.  This means any form of medicaid expansion in the United States would have to be done in a state-by-state basis.

Currently, 26 states and D.C. have agreed to implement expansion in 2014. Kansas, however, is not one of them. The decision to expand Medicaid follows an almost geopolitical climate. It is mostly the Midwest and conservative states that are refusing to expand.

What makes the state’s situation unique is that the legislature has been relatively quiet about the whole topic in general.  Other states have welcomed the debate on this issue but legislative committees have yet to vote on any bill that would abolish or expand this service.

The decision to stall was even less subtle near the end of the session when Gov. Sam Brownback signed into law HB 2552, which gives the authority to the legislature to expand Medicaid through the state’s KanCare program. Since the session is ending, talks about expansion won’t happen for another year at the earliest.

Kansas is at a crucial time in health care politics. Currently, more than 360,000 people do not have any health coverage at all.  Proponents of KanCare expansion contend that 78,000  people will be able to get covered in the state. The expansion re-adjusts the current criterion for eligible applicants. The new guidelines for expansion would directly affect parents, childless adults and disabled individuals.

KanCare expansion would mean big changes for perhaps a few Washburn students. Childless adults (e.g. college students) would feel the most direct effect. Currently, zero percent of childless adults can qualify for Medicaid. They must either be a part of the other two categories or be a dependent of someone who owns private insurance. Therefore, expansion could potentially cover college-age students who are not under their parents’ healthcare insurance and are too poor to afford their own.

The current guidelines for expansion provides federal incentives who choose to opt-in to the program. If Kansas were to expand KanCare, the federal government will pay 100 percent of the costs slowly decreasing until 2020, where it will pay a fixed 90 percent for the rest of the years. Additionally, the Kansas Hospital Association contends that the new influx of money to the state will spur 4,000 new jobs in Kansas.

The expansion will also address the excessive costs of emergency visits. Uninsured Kansans currently have to rely on hospital emergency departments and community health centers for treatment.  The Kansas Department of Health and Environment estimates that the expansion will save more than $1 billion over the next five years by providing more efficient preventive care.

It is my belief that KanCare expansion provides meaningful reform to the health care system of the state. I also believe that at the very least, the issue should be addressed by the legislature instead of pushing it off for another year. If there are policymakers who are against it, it only proves that a meaningful debate should happen at the House chamber. The question that has yet to be resolved completely is why the legislators are reluctant to speak publicly on expansion.

Meaningful conversation looks grim for the next session as well. What made the passage of HB 2552 so interesting is that if Brownback were to lose his gubernatorial seat, the Democrat Paul Davis would not be able to pass Medicaid expansion unilaterally. It would still have to be done through the supermajority conservative legislature, the same legislature that has failed to provide a debate on the issue.