Base running robs the Bods 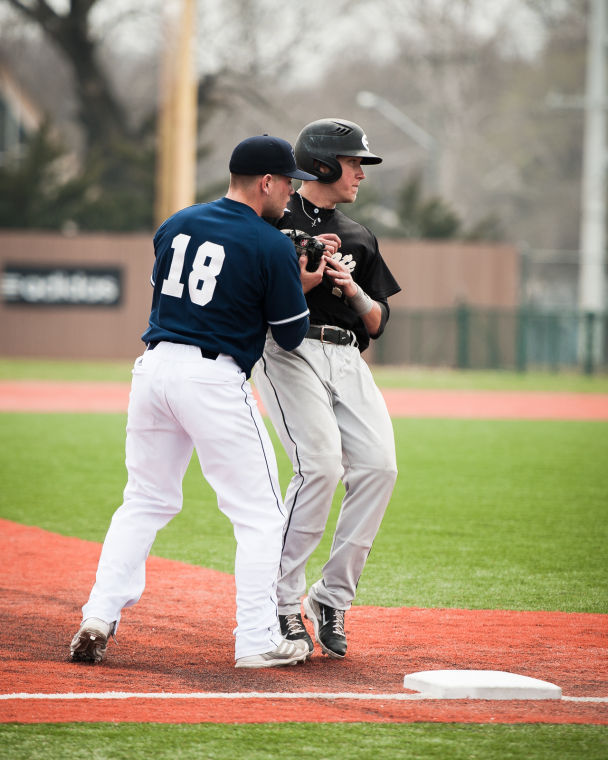 Washburn baseball was defined by their conservative base running against Emporia State. The bods lost in a close 3-5 game April 6.

The Ichabods lost a close baseball game April 6 to the Emporia State Hornets 5-3. The Ichabods never lead during the game. The overriding theme for the game was extremely conservative base running on the part of the Bods, especially during innings when their offence sparked.

There were two instances where the Bods could have added at least one run each and built momentum for more, but the coaching staff put the brakes on the runners and killed the offensive momentum of the Bod hitters.

One wasted opportunity was during the bottom of the first when the Bods had three straight hits but conservative base running put a stop to any momentum the Bods had. The Hornets were quick to take the lead though and in the top of the second when Price Jacobs hit a triple into deep right field.  Jordan Hodges then hit a single and Jacobs scored. Hodges would score later in the inning when Wade Hanna hit a double to drive him in and the Hornets took a 2-0 lead into the bottom of the second.

In the bottom of the second, Taylor Herrington led off with a hit, Parker Gibson walked and Riley Price took advantage of the two base runners and hit a sharp single up the middle that brought the Bods even with the Hornets 2-2.

In the top of the fifth, the Bods made a pitching change from Eric Schmid to Drew Ridley. Ridley allowed one more run to score in the fifth. The Hornets led 5-2. The Ichabod offence was slowed by the dominant starting pitching effort of Dakota McKaskle.

Once McKaskle was replaced by Brenton Higgins in the bottom of the eight inning, the Bods had a golden opportunity to make a comeback, but in a glaring example of the base running practices of this coaching staff conservative base running squelched their opportunity to build momentum.  The bottom of the eighth inning saw two Bods get hits and three more Bods get walked, but they only got one run out of the inning.