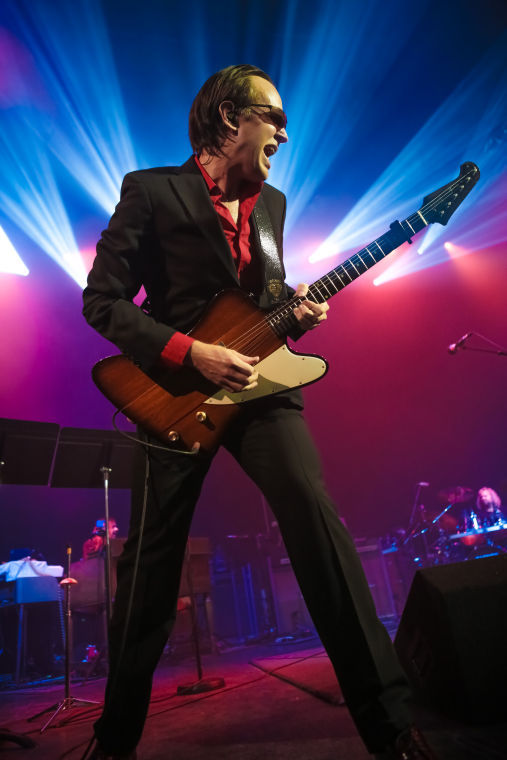 Joe Bonamassa will make his second appearance in two years at the Topeka Performing Arts Center. This year he will feature two sets: one acoustic and one electric

International blues sensation Joe Bonamassa is set to make his return to Topeka when his U.S. Spring Tour stops at the Topeka Performing Arts Center next month.

Bonamassa first left his mark on local blues enthusiasts in May of 2012 when he played at TPAC near the end of his world tour in support of his last studio release “Driving Toward the Daylight.” The guitarist’s signature blend of roots-based blues and old-school rock n’ roll had fans clamoring for more. And more is exactly what Bonamassa plans to deliver.

“We’re very excited to have him back,” said Abby Howard, marketing manager for the Topeka Performing Arts Center. “The reviews for the first show were great and we’re seeing a lot of people who are excited to see him come back to town.”

Fans who caught the bluesman on his last visit to town will be treated to an entirely different show this time. Billed in a press release as “Bonamassa Opens for Bonamassa,” the guitarist will take to the stage with two different bands to perform two different sets–one acoustic and one electric.

The evening will kick off with an hour long unplugged performance featuring Bonamassa and an ensemble of journeyman musicians, including Swedish nyckelharpist Mats Wester, percussionist Lenny Castro and Irish folk artist Gerry O’Connor. The quartet will treat fans to a diverse array of instrumentation and music from Bonamassa’s 2013 “An Acoustic Evening at The Vienna Opera House” CD/DVD release.

After a short intermission, the guitarist and his touring band will plug in and crank it up for an electrified set of rock and soul-infused blues. With 10 solo studio albums, half-dozen live releases under his belt and more on the way this year, Bonamassa is bringing a banquet of blues for fans to feast upon.

Drawing influence from across the spectrum of blues’ storied history, the guitarist blends the red-hot Texas style of Stevie Ray Vaughn with the heavy-hitting brand developed in the ‘60s by British invaders like Eric Clapton, Gary Moore and Jeff Beck. The stylistic combo, along with Bonamassa’s own unique stamp, has earned the guitarist a record-setting 11 No. 1 Billboard Blues Albums and a laundry list of awards and accolades.

The uninitiated can get a taste of what Bonamassa has in store for the TPAC crowd with  a free download of the song “I Know Where I Belong,” taken from the “Tour de Force: Joe Bonamassa Live in London” DVD/Bluray. To download the MP3, visit www.jbonamassa.com

Joe Bonamassa will perform live on April 9 at the Topeka Performing Arts Center. For ticket information, visit the box office at 214 SE Eighth Ave., or www.tpactix.org