From here to there: Adapting through tennis 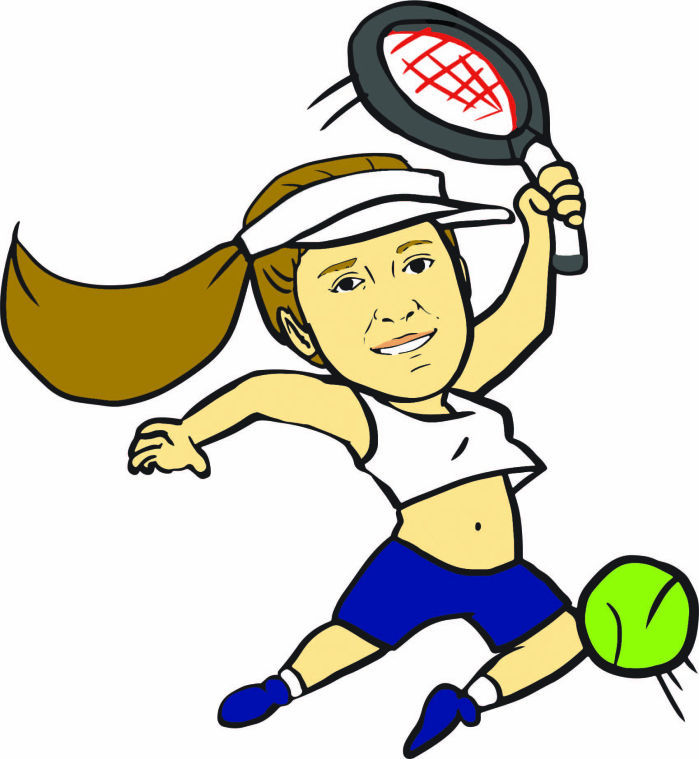 O’Neill is in her third year playing for Washburn and has a 16-30 career singles record and a 28-23 career doubles record. She has also earned an all-MIAA twice in doubles and once in singles.

Sophie O’Neill, a senior mass media major, has had her fair share of environmental changes through tennis. She started out playing in Scotland, where she is originally from, and currently plays for Washburn.

O’Neill started playing tennis when she was about 12 years old because her brother played. When she was 15, O’Neill won a national art competition and got to pick from a choice of athletes to spend the day with. She picked Andy Murray who is currently ranked No. 8 in world singles play, and is also from Scotland.

“His [Murray] mom is actually a talent scout,” said O’Neill. “She spotted me when I spent the day with him and I got into a national training squad, which improved my tennis. From there, I decided to do a tennis scholarship in the states.”

O’Neill first played in Kentucky at a Division I school. After about a year there, O’Neill transferred to Washburn.

“I didn’t really like the program there because I wasn’t improving my game,” said O’Neill. “I felt like I’d get on better here and I had a better coach-player relationship with Coach Alden. It was a good transition because, believe it or not, Topeka is actually far more interesting than Kentucky.”

O’Neill is in her third year playing for Washburn and has a 16-30 career singles record and a 28-23 career doubles record. She has also earned an all-MIAA twice in doubles and once in singles.

“Here, [Washburn] it’s more of a team sport,” said O’Neill. “There’s a lot more vocalization in between points, your teammates are cheering you on and you’re part of a team. Back home [Scotland], it’s more you do it by yourself, you’re on the court by yourself and you don’t scream when you get a point. You don’t have anyone really cheering for you but here it took a little bit of getting used to. It’s a nice flow of energy between you and your teammates because although you’re on the court alone, you have your teammates next to you on their court cheering and everyone kind of feeds off that positive energy.”

The Ichabods will compete against Lindenwood University at 1 p.m. today in St. Charles, Mo. for an MIAA match. The Bods recently played William Jewell College losing 3-6 April 7 in Liberty, Mo.

“Tennis has definitely made me a better person and helped me understand what being part of a team is all about,” said O’Neill. “It’s not about being a team captain, it’s about leading by example. It’s taught me to put things into perspective. While I love being competitive there are other things that matter more when you look at the big picture like sportsmanship and friendships so it’s important to not get too caught up in it.”